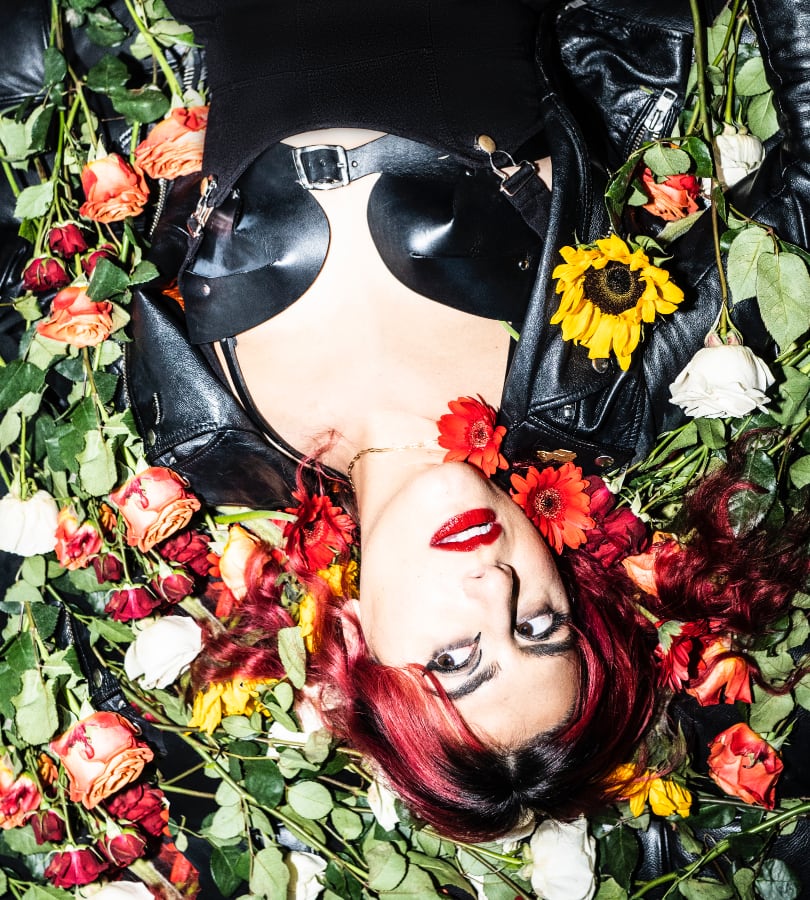 Influenced by melodies and imagery from her Armenian heritage and her parents’ birthplaces of Lebanon and Ethiopia, Kali fuses her lineage with sonics of the modern countercultures she grew up embracing, exploring everything from punk to Brit-pop. With fiery live sets and swirling sonics, her band has quickly become a staple in the L.A. music underground.

When Taleen’s band TÜLIPS went out with a bang at their final headline show at The Regent Theater in 2016, Taleen went solo, sharing bills and touring the country with indie luminaries such as Ex Hex, Alice Bag, and Seth Bogart. Her 2018 debut EP Soul Songs, produced by Kristin Kontrol (Dum Dum Girls), mixed by Brad Laner (Medicine), and recorded at Hollywood’s legendary Sunset Sound Studios, found Taleen’s riot grrrl ethos maturing into a polished, multifaceted punk sound with noise pop and new wave influences. Upon its release, Kali received praise from outlets like BUST Magazine and Stereogum, who likened her sound to a contemporary Blondie, and Soul Songs was included in Pitchfork’s Guide to Summer Albums and LA Weekly’s Best Indie Punk Albums. A year later, the band followed up with an unplugged version of the EP and covers of “Baby Love” by The Supremes and “#1 Crush” by Garbage, and Kali set off in 2020 to record a 2-song pandemic project called Changing with her TÜLIPS-era producer Greg Katz (Cheekface, LA Font).

A multi-hyphenate to the core, Kali is also the founder of experimental label Dum Dum Records and what The L.A. Times calls “cult favorite” DUM DUM Zine. A sound healer who often leads group meditations, she pivoted from punk psychedelia in late 2021 for the release of her soundbath album Songs For Meditation. Her poetry, essays, and visual art have appeared in digital and international publications including The Onion, SPIN, Razorcake, Los Angeleno, and The Bushwick Review.

Currently, Kali and her band are gearing up for the release of their first full-length album, Flower Of Life, which they recorded at The Cave Studios in the winter of 2022 with producers Jeff Schroeder (The Smashing Pumpkins) and Josiah Mazzaschi (Bizou, Light FM, Child Seat). The title track debuted as the album’s first single on KEXP, garnering praise from Buzzbands LA and Grimy Goods. The band is touring the country in support of Flower Of Life, out early 2023 on Dum Dum Records.

Kali is generously endorsed by Fender and Death By Audio Effects Pedals.